Startups backed by venture capital — and their investors — often lose tax savings because they organize as corporations rather than limited liability companies, finds a UC Riverside-led study. 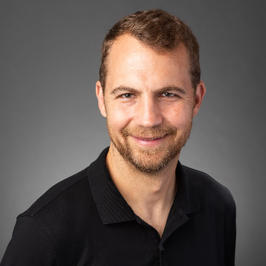 The reason? Venture capitalists, or VCs, are more familiar with corporations, or C-corporations, and pay less attention to taxes, even though limited liability companies, or LLCs, have significant tax advantages that outweigh potentially higher initial incorporation costs. Investors in companies included in the study together paid $43.9 billion more in taxes than they would have if those companies had organized as LLCs instead.

“We find VC investors are forgoing significant tax savings mainly due to things like path dependence and ‘hassle’ as opposed to the standard cost-benefit analysis that most people assume,” said corresponding author Eric Allen, an assistant professor of accounting at UC Riverside. “It really shows how a tendency to just stick to the default option that everyone else uses can cause even sophisticated actors to make inefficient decisions.”

It’s all about the losses.

When a firm starts operation it has to choose the organizational form under which to conduct business. For the majority of startup firms, the only forms that provide the desired ownership attributes, such as limited liability and equity-based incentive compensation, are the C-corporation and LLC. The increased tax savings from the LLC are attributable to two dynamics: The tax treatment of the different organizational forms, and the fact that the majority of startup firms generate losses in their early years and cease operation without ever achieving profitability.

Here’s a simple stylized example to illustrate how this might look in practice. Assume we have a startup, LOSSCO, which generates a loss of $1,000 and then ceases operations. If it is organized as a C-corporation, it would be taxed as a separate entity. This means that the loss is retained within the corporation and only provides a tax benefit if the firm eventually becomes profitable.  Since the firm fails before generating profits, no tax benefits are recognized at the entity level. The owners of the firm can get a tax deduction as a long-term capital loss against their other capital gains. Because of the special tax rules regarding capital gains, this would provide a benefit at a maximum of 20%, or $200.

Alternatively, if LOSSCO is organized as an LLC there would be no entity level tax. All profits and losses would flow immediately to the owners for immediate taxation. In this case, it means the $1,000 loss from the entity can be immediately deducted from the owners’ other income. If we assume the investor faces a tax rate of 35%, the tax benefit of $350 is substantially higher than if it were organized as a C-corporation.

While most industry participants are aware of the potential tax savings, they generally assume the higher costs or difficulties involved in filing taxes and other regulatory paperwork as an LLC will exceed any benefits. However, until now, the magnitude of the benefits has not been rigorously investigated.

Allen and co-authors Jeffrey Allen of Bentley College, Sharat Raghavan of UC Berkeley, and David H. Solomon of Boston College, examined the initial public offering, or IPO, prospectuses for 1,155 VC-backed public firms listed between 1997 and 2014, 98% of which were C-corporations. Ninety-two percent of the total firms reported a net operating loss just prior to going public. Most either failed or were acquired without being able to take advantage of tax savings on their losses.

The authors found that, had the startups registered as LLCs, investors could have used the losses to completely eliminate taxes from the remaining 8% of profitable firms. The remaining losses would then be passed through to shareholders and could be used to offset other taxable income. VC-funded firms that did not conduct an IPO had even higher potential tax savings.

When they combined the IPO with non-IPO samples, the authors found that switching to the LLC yielded an overall tax savings of $43.9 billion — approximately 4.9% of invested equity or 3% of estimated net payoffs. The potential tax savings were far greater than the few higher costs and difficulties of being an LLC, making the norm to incorporate look even more irrational.

Further investigation revealed venture capitalists often urge startups to reorganize as C-corporations simply because it is the form with which they are most familiar and want to avoid what they perceive as the “hassle” of LLCs. This “path dependence” allows an inefficient form to persist over time because its sheer popularity lowers the perceived implementation cost for each participant.

“The most surprising thing is not that some firms are C-corporations, but that essentially they all are. The people who should be most annoyed are taxable VC investors, since they are the ones that bear most of the costs under the current setup,” Allen said. “But since they don’t seem to push the VC managers to demand better startup structures, the industry just sticks with the ingrained practice.”

The paper, “On the tax efficiency of startup firms,” is forthcoming in the Review of Accounting Studies.