Unemployment ticks up but still near historic low
By Victoria Pike Bond | September 16, 2022

California’s labor market expanded modestly in the latest numbers, with total nonfarm employment in the state growing by 19,900 positions in August, according to an analysis released jointly by the UCR Center for Economic Forecasting & Development and Beacon Economics. July’s gains were also revised up to 91,400, a 6,600 increase from the preliminary estimate of 84,800.

California added jobs at a healthy pace in 2021 and 2022, and as of August 2022, has recovered 98.3% of the jobs lost in March and April 2020, the outset of the pandemic. There are now 47,300 fewer people employed in the state compared to February 2020. Total nonfarm employment in California is still 0.3% below pre-pandemic, compared to a 0.2% increase nationally. The state increased payrolls by 4.0% from August 2021 to August 2022, matching the 4.0% increase nationally over the same period.

“Just as the state was on the verge of recovering all the jobs lost at the outset of the pandemic, August represented a small bump in the road, with particular weakness seen in Los Angeles and San Francisco, two places that have struggled to recover their pre-pandemic footing.” said Taner Osman, Research Manager at the Center for Economic Forecasting and Beacon Economics. “While macro headwinds are swirling, there is still enough momentum in the state’s labor market to see a full recovery of the jobs lost within the next month or two.”

California’s unemployment rate grew to 4.1% in August, a 0.2 percentage-point increase over the previous month. However, it’s important to note that July’s unemployment rate was the lowest level ever recorded for the series and the state’s unemployment rate is still near historic lows, although it remains elevated compared to the 3.7% rate in the United States overall. California continues to struggle with its labor supply, which grew by 32,400 in August. Compared to February 2020, there are still 280,900 fewer workers in the state’s labor force, a decline of 0.9%. 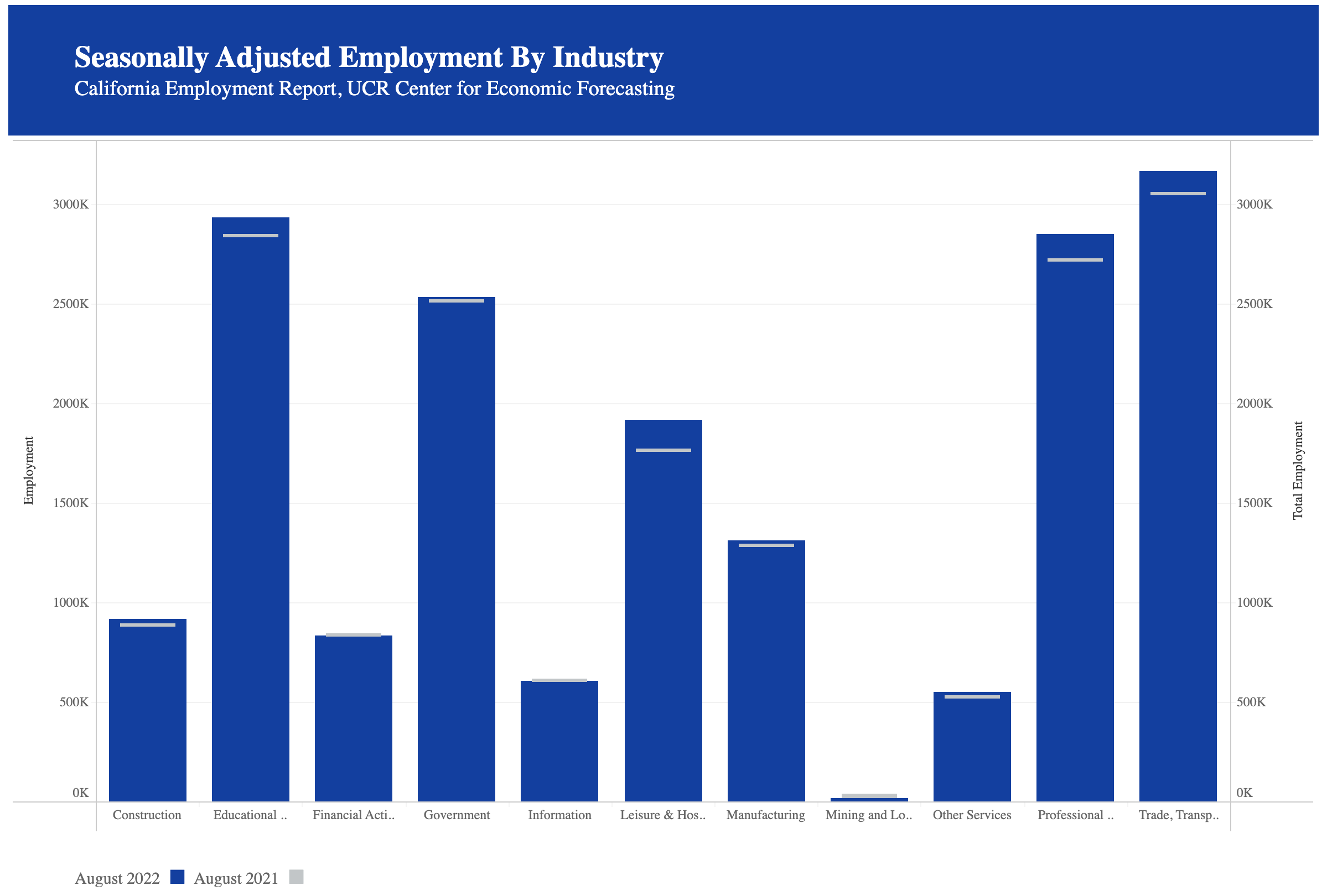 The Beacon Employment Report | California is a unique analysis of California’s employment numbers and trends. Each month, they link econometric predictions to data released by the U.S. Bureau of Labor Statistics and the California Employment Development Department to identify important changes in employment across industries and regions. The Beacon Employment Report is also one of the few analyses that uses seasonally adjusted numbers, which are critical to revealing accurate trends and insights within data.