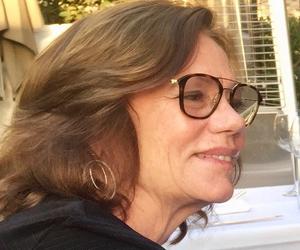 Kathleen Montgomery, Emerita Professor of Organizations and Management in the School of Business, has been selected as one of 20 members of a delegation of the League of Women Voters to the United Nations Commission on the Status of Women.  She will join the conference taking place at the United Nations in New York City this March.

Montgomery has long championed issues related to women in organizations and leadership, an area that she has conducted extensive research in and is part of the courses she teaches.

Kathleen Montgomery is Professor of the Graduate Division and Emerita Professor of Organizations and Management in the School of Business. She held the Edward A. Dickson Emerita Professorship for the UCR campus in 2014. She has been a visiting scholar at Oxford University, Stanford, and UCLA, and is an Honorary Associate of Sydney Health Ethics at the University of Sydney.

In 1945, at the UN Charter Conference, the League of Women Voters was invited by President Harry Truman to serve as a consultant to the U.S. delegation. Since that time, the League has continued its presence at the United Nations through its UN Observer Corps.  The League's role further developed in 1997 when the United Nations Economic and Social Council (ECOSOC) granted special consultative status to the League. The UN Commission on the Status of Women is part of the UN ECOSOC.

The UN Observers carry on the League’s finest traditions and pursue an ever widening agenda that solves problems by partnering with others to engage in civil discourse to clarify the issues, identify best practices, implement strategies and measure the results of the League’s initiatives. The UN Observers foster cooperation with UN Member States, UN Agencies and other UN accredited Non-Governmental Organizations (NGO), academia and the private sector.

Montgomery will be able to contribute further to this cause as a delegate to the United Nations Commission on the Status of Women and participate in the UN’s activities to further progress in this area.