Having succeeded within a far-reaching global career, Will Chu ’98 currently leads the marketing efforts for the “Star Wars” brand in countries including Russia, Korea, Japan, and Brazil. He recently shared the details of his odyssey with students and members of the business school community. 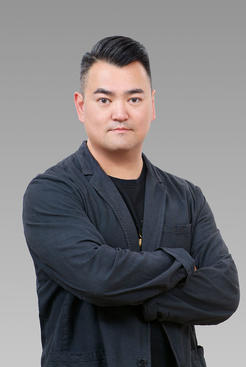 Underscoring the need for personal adaptation professional within a career, Chu discussed a re-evaluation of his own wide-ranging professional journey, where he worked for a series of well-known industry leaders.

With immense success over more than two decades, Chu reworked his résumé with a focus on international marketing and brand experience and landed a position as a marketing manager for Lucasfilm Ltd. and the “Star Wars” franchise. He currently leads the marketing efforts for the “Star Wars” brand in countries including Russia, Korea, Japan, and Brazil. A recent project was a collaboration between Disney, Lucasfilm, and China Literature publishing company, in which a Chinese author was tasked with writing a new “Star Wars” story, “The Vow of Silver Dawn,” from the Chinese perspective for a Chinese audience.

Before joining Lucasfilm, Chu was retail brand presentation director for Nike Basketball and the Jordan brand. During the UCR lecture, he shared an example of a Nike Basketball marketing campaign in China to help young people increase confidence and grit by encouraging them to step up and take risks. The campaign, called “下个我上” (Xià gè wǒ shàng), literally meaning, “I got next,” featured local basketball players and hip-hop rappers.

Immersion in a Diverse World of Companies and Brands

After completing his degree in business administration at UCR in 1998, Chu began his career as a project and business development manager in retirement planning for Charles Schwab. He then went on to the Carry Outee Restaurants Group, the grandfather of Uber Eats and Grub Hub, where he was a managing partner working with local restaurants.

While at Carry Outee, Chu recognized his desire to work in international markets, and in 2009, landed a role in Hong Kong as the director of global production and client services for the Superb Group, a marketing partner for brand-name retail companies, including Chanel, Gucci, and Tiffany & Company. He loved the work, combining his creativity and business skills with the added benefit of connecting with diverse cultures.

In 2014, Chu moved to Gap Inc. as the creative services director. There, he helped the clothing company transform an American-centric brand to one that spoke more directly to the Chinese market, placing a greater emphasis on local models and creative. He subsequently carried this approach into his work with Nike, and now, the film industry.

Chu ended the Speakers Series session by reiterating the need to identify, both in your personal life and in your career, where you want go and who you want to be; to craft a plan to get there; and to learn to adapt along the way—all while remaining true to yourself and the organization’s core [brand] value.